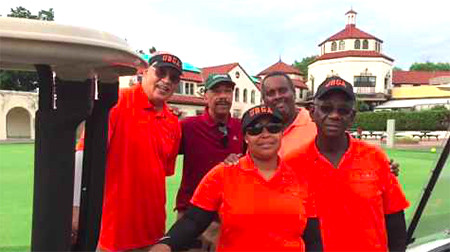 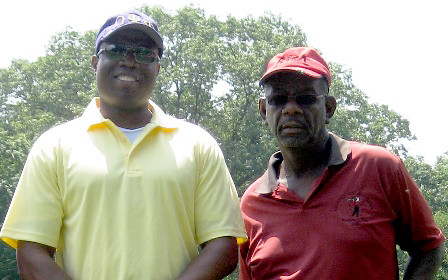 They’re not specifically looking for the next Tiger Woods, but two golf-loving Queens residents are hoping their new nonprofit can help foster the sport in the black community.

Vernel Bennett, of Laurelton, and Jacques Leandre, of Rosedale, started the United Black Golfers Association(UBGA) — the first of its kind in Queens, they said — and the group will begin hosting meet-ups on golf courses shortly.

Both Bennett, the president of the nonprofit, and his vice president, Leandre, were convinced to play the sport by others and know there is interest, but the sport isn’t as readily available. The nonprofit seeks to provide opportunities for people to play the game.

“If we were exposed to it, we would love it,” Bennett said about the black community. “But our community is exposed to the typical stuff: a basketball court, a baseball field, a football field …”

Bennett, a retired accountant, started playing golf after his son’s recommendation and a lesson on a cruise about seven years ago. He fell in love with the sport and after competing in tournaments and joining the Roosevelt Golf Association, and he realized the benefits of golfing, including the networking side.

He believes through golf, members of the organization will be able to connect even if there is a generational gap.
The UBGA is co-ed and accepts anyone over the age of 18. There is a monthly membership fee of $20, after a one-time $100 fee. The UBGA will make group trips to golf courses around the city, Long Island, and even New Jersey several times each month. And for beginners, there are private lessons available from certified trainers, with group and individual packages.

Since announcing the creation of the association, Leandre said they have gotten a positive response from the community on social media.

“The interest is there, but the engine isn’t. Right now UBGA is going to serve as the vehicle to take people to the golf course,” Leandre said. “It’s about exposing and creating an outlet for people to have a game that will last a lifetime.”